How To Question Laboratory Testing In A Drug Crimes Case

When drug crimes lawyers consider the possible ways to undermine the state's case against a client, they often look at excluding laboratory testing from evidence. You have the right to ask the judge to exclude any questionable evidence, and this includes laboratory tests that might be buggy in some way. Here are four potential arguments for excluding lab tests in drug cases.

From the time a police officer collects a sample at the scene of an evidence seizure until the sample goes through a testing facility, multiple people will be involved. Each person has the potential to contaminate the evidence, whether deliberately or unwittingly.

Notably, the state must show the court that it can account for every person who handled the alleged drugs from the time of the seizure. Likewise, the state must account for who handled them at specific times and how. Also, the state has to show that the sample remained untouched in a secure location whenever no one was around. A failure on any of these counts is grounds to request the exclusion of the sample as evidence.

The laboratory that handled the sample also has to prove that its equipment was in good working order at the time of the tests. Drug crimes attorneys will demand the discovery of equipment information so they can check national databases and the news for any potential equipment failures involving specific devices. Likewise, a lawyer will want to see the maintenance, calibration, and repair logs for the equipment. If there's any reason to believe the equipment wasn't operating optimally, your counsel will want the judge to know.

You also have the right to question the scientific basis of the tests. Drug crimes lawyers may bring in expert witnesses who can raise questions about the chemistry and physics involved in the way that a method can accurately identify a particular substance. They may also question the laboratory personnel about the methods they've used. If there are any potential doubts about the sciences or technologies underpinning the testing techniques, that's an argument for excluding the tests as evidence.

Finally, you can question the competency of the testing professionals. An attorney will want to know the names and qualifications of all the people who conducted the tests or handled the sample. If someone has a history of poorly administering tests, that's a problem. Even the connection of one lab worker to an unusually large number of questionable cases may provide grounds for questioning the tests. 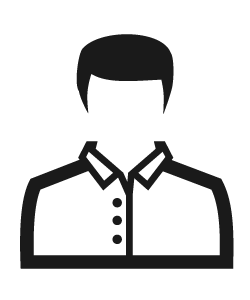